Greystanes Public School has a long and proud tradition of providing quality education to the children of our community.

Below is a timeline of significant events at Greystanes Public School.

Application for the establishment of a school at Greystanes submitted – application deferred.

Greystanes Public School (known as 'The Harper Street School') opens its doors to students on 20 January 1902, with an initial enrolment of 9 students. Enrolments had increased to 55 students by the end of the first year.

By this time only one of the two classrooms was connected to electricity.

Double timber classrooms built – currently used by the before and after school care centre.

About 4 acres of land east of the school purchased, including a weather board dwelling, which later became the headmaster's residence. Now known as the park area.

Land purchased to the west of the school – now the field area.

'The Greystanes Story' written and edited by Mr H. M. Ambler, as a bicentennial project.

Steady decline in student enrolments as the population in Greystanes ages.

Greystanes Public School celebrates its centenary and a commemorative garden and pathway outside the administration building established.

The old Boral site begins to be sub-divided, with an expected 1,500 homes upon completion.

Fixed play equipment installed in park playground with the aid of a federal grant.

Multipurpose court erected in park area adjacent to Merrylands Road with the aid of a federal grant.

Planning for the new build project.

Commencement of the new build project.

Return to top of page 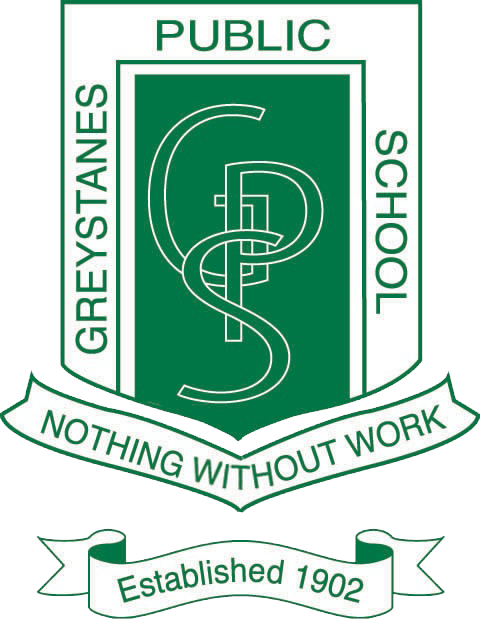 We acknowledge the Darug people who are the Traditional Custodians of this Land and pay our respects to the Elders past, present and future, for they will hold the memories, the traditions, the culture and hopes of Aboriginal and Torres Strait Islander people. We would like to extend that respect to other Aboriginal and Torres Strait Islander people present. We must always remember that under the concrete and asphalt this land is, was and always will be traditional Aboriginal land.

Copyright for this website is owned by the State of New South Wales through the Department of Education. For more information go to https://www.dec.nsw.gov.au/footer/copyright.